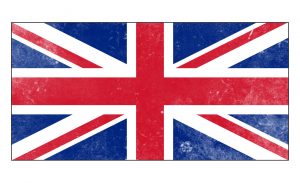 After the English took ownership of Dutch holdings in Hudson and Delaware River Valleys in 1664, brewing remained a very small industry.  Beer was certainly being brewed in homes and taverns in the Delaware colony but no large-scale commercial enterprises were known to have existed prior to the establishment of Wilmington in the 1730’s.

Several small brew and malt houses are known to have existed outside of Wilmington prior to the Revolutionary War.

Ezekiel Boggs operated a malt house and small brewery on his property in the town of New Castle during the 1740’s.

The first known brewery and malt house in the Middletown area was owned by Thomas Noxon in the 1720’s until his death in 1743.  His son, Benjamin Noxon, owned the property, which was situated at the head of the Appoquinimink Creek, until the 1770’s.

In the 1770’s, Thomas Parry had a brick brew house and malt house along Little Duck Creek near Smyrna.  He produced a sufficient supply of hops and barley on his farm adjacent to the brewery.